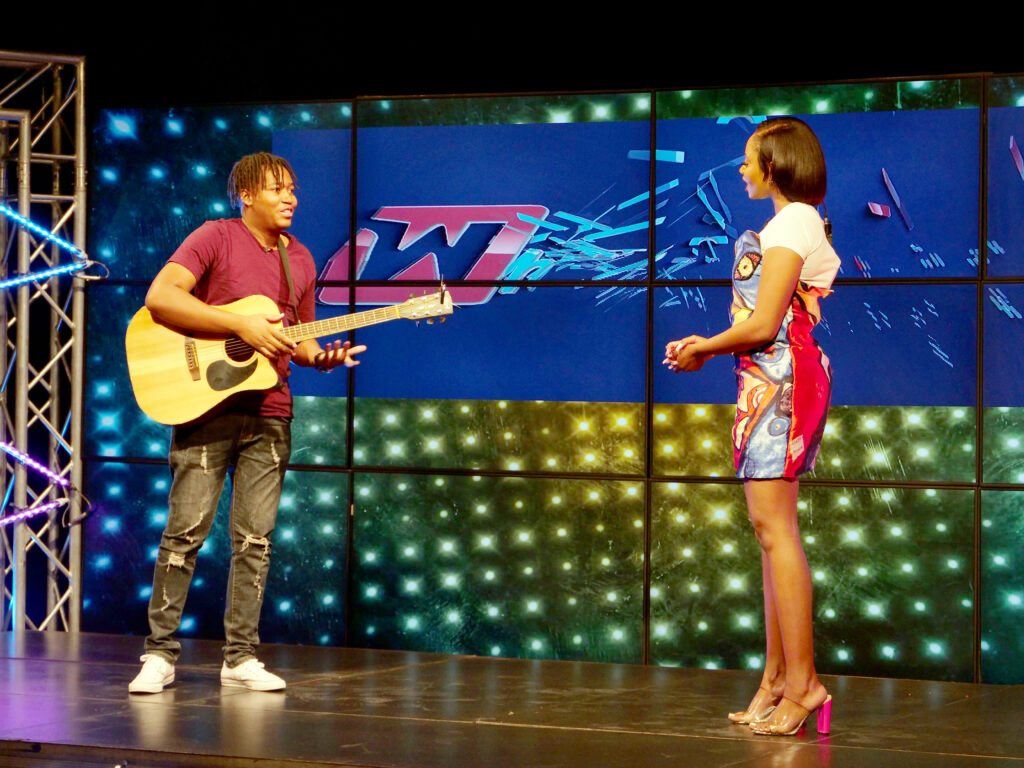 A guide to the Namibian Creative Scene

Namibia is a country that has a rich deposit of natural beauty and overflows with natural resources. This could be said for the creative industry as well. The country boasts an abundance of entertainers from every art form imaginable. Although there is not a standardized structure or system to measure its impact and contribution to the GDP of the country, it still holds influence and has the potential to be a force that can be reckoned with. Arts education and funding, however, has been at the mercy of the public and private institutions and although there is are programs set up to drive the industry forward and create a sustainable creative economy, the progress is minimal.

Access to Namibian music and music videos online is limited to either knowing what one is looking for on popular streaming sites like I-Tunes, Youtube, Deezer, Spotify, etc or these websites, donlufrica.com, namibianmusic.com. In the country, one can nevertheless find it at specific retail shops or some service stations or from the artists themselves. Well-known artists in Namibia mostly make their income from royalties, performing, endorsements, and special projects or from their private businesses.

The Namibian Society of Composers and Authors of Music (NASCAM), is responsible for the collection of royalties all over the world for Namibian musicians and currently hosts about 7000 members. Musicians also perform at local venues around the country with most of them happening between September and March. Regarding award shows, there has only been one that contributed to the music industry which was the Namibian Annual Music Awards. Recording music in Namibia is fairly accessible and can be done almost anywhere in the country.

Namibia is considered a small, young country despite its large geographical area, and is an infant when it comes to the film industry. For years, national television channels have focused on foreign dramas which, in the absence of funding for local filmmakers, are cheaper than producing home-grown content. But since 2015, the local film production has steadily been growing. We currently only have local television series on the national broadcaster. Other independent work could be found on YouTube.

Namibia is no stranger to the Hollywood spotlights, with several successful productions being created in the folds of the desert, such as 2001: A Space Odyssey, The Cell, 10,000 B.C., and Mad Max, just to mention a few. With a solid infrastructure, rich culture, and abundant backdrops to suit any script, Namibia has all the raw materials for successful film production.

Funding for all the major films that are produced comes from the Namibian Film Commission (NAF). There are not many places to watch Namibian films except if there is a premiere at the Cinema.

The Namibian fashion market is polarised and characterized by itemized, made-to-measure garments on the one end, and mass-produced products on the other. Traditional clothing or bespoke designs, traded through the informal cottage industry, are mostly geared towards the female market for bridal or ceremonial events. There is a tiny selection of niche market boutiques that sell one-off pieces and high-end luxury products, which are specifically geared to the tourist market.

A consumer purchasing Namibian ready-to-wear clothing from a large retail space is practically unheard of. Once-off fashion garments and accessories, therefore, remain manageable but offer little opportunity for scaling and growth. This is according to the Fashion Council of Namibia which is the body that mainly runs the fashion affairs in the country. Other notable players include the MTC Windhoek Fashion Week, The Katutura Fashion week as well as independently run boutiques.

Most of the funding for fashion, which is mostly underfunded is largely contributed by the Fashion Council of Namibia (FCN) or by private organizations. There are not many fashion shows held, but when they do, it usually is the Nampower Convention Centre, College of the Arts, or at mall parking lots

Although the country hosts a plethora of visual content and artists, access to galleries and the international market remains a problem. Most visual artists in Namibia make sales both personally and through galleries, meaning that while they are not solely dependent on gallery representation, the function of the gallery remains important to their earning potential. The shift towards an online art market comes with its challenges and shortcomings.

Dancing in Namibia is fairly limited to mostly traditional and street dance groups as well as dance academies that operate in an informal structure. These are also hard to keep track of, as most of them are independent and do not have a strong online presence or visibility. Some of the notable dance academies include Equipped Dance Academy, Nikitha Winkler Dance Academy, College of the Arts, and Damai Dance Ensemble.

Dance academies in number are privately run and have no specific funding structures or organizations, but do get spaces to perform, such as the Goethe-Institut, Warehouse Theatre, Zoo Park Amphitheatre, and Theatre School.

The Namibian Creative Industry is one to look into and look out for. If one needs more information about creative institutions, public and private production companies, artists, musicians, creative agencies in Namibia go to www.creativeindustryguide.com